The Beast in the Mirror: Overcoming Body Dysmorphic Disorder 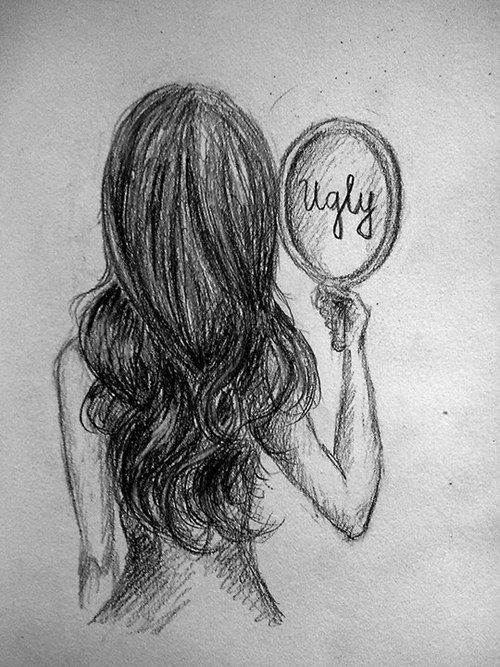 “Mirrors are perpetually deceitful. They lie and steal your true self. They reveal only what your mind believes it sees.” – Dee Remy

Are you finding yourself in front of your mirror on a regular basis and noting all of your imperfections?  Are you embarrassed to leave the home because of a minor flaw or blemish on your face?  Is plastic surgery on the horizon for you in the near future?  If you answer yes to any of these questions, you may be dealing with Body Dysmorphic Disorder (BDD).  The DSM-IV defines BDD as “a preoccupation with an imagined defect in appearance. If a slight physical anomaly is present, the person’s concern is markedly excessive. This preoccupation often causes clinically significant distress or impairment in social, occupational, or other important areas of functioning. This preoccupation is not better accounted for by another mental disorder (eg, dissatisfaction with body shape and size in anorexia nervosa).”

BDD is distinguished from anorexia nervosa and bulimia nervosa , to the extent that patients w anorexia or bulimia disorders are preoccupied with their overall weight and body shape. BDD however focuses on a specific area and is not related to weight or dieting. An example might be an adolescent who thinks that her breasts are too large and wants to have plastic surgery to reduce their size but is otherwise unconcerned about her weight and is eating normally.  Recent statistics indicate a many as 50% of patients diagnosed with BDD undergo plastic surgery to correct their perceived physical defects.

Individuals with BDD often focus so much on the defect, they often lose sight of the whole self. A person with a pimple on their nose might feel it is considerably larger than it actually is and their reactions fit their perception rather than reality. This may be caused by an error in the visual processing region of your brain.  This visual processing error can lead to low self-esteem, high suicide risk, and repeated cosmetic surgery. Although the symptoms appear psychological in nature, new research by UCLA psychiatrist  Jamie D. Feusner appears to indicate it might actually be linked to problems with seeing the big picture in the brain.

In the study, subjects were shown blurred pictures of their own faces while inside the fMRI machine. Dr. Feusner observed, compared to healthy control subjects, those subjects identified with BDD showed much less activity in the brain region responsible for forming visual details into composite forms. This inability to see the whole picture generalized to other activities as well, including looking at pictures of houses.  People with BDD tend to have difficulty seeing the whole picture and cannot process the context of what they are looking at.  This perceptual error seems to be the underlying reason individuals suffer from a distorted self image, which defines BDD.

Although recent research points to an error in the visual processing region of the brain, other research indicates the cause might be related to low seratonin levels in the brain. Seratonin, a neurotransmitter produced by the brain, is often associated with depression and mood disorders when levels are below normal in the brain.  Another significant factor in the development of BDD is the influence of the mass media, particularly the role of advertising in spreading images of physically “perfect” men and women. Impressionable young children and adolescents absorb the message that anything short of physical perfection is unacceptable. This may lead to developing distorted perceptions of their own faces and bodies. Family of origin plays an important role in our self perceptions, which can increase our vulnerability to BDD. Children whose parents are obsessed with appearance, dieting, and/or bodybuilding; or who are highly critical of their children’s looks, are at greater risk of developing BDD.  A history of trauma and abuse can also be an additional factor. When an individual with a history of trauma or abuse buries their feelings about the abuse or traumatic incident, the oppressed feelings can emerge in the form of obsessions about physical features. This “reassignment” of feelings is called displacement.  An example that best describes this displacement is an adolescent with a history of physical abuse as a young child becoming obsessed with body building and strength.

Individuals with BDD can have symptoms similar to OCD (obsessive compulsive disorder) since anxiety is at the root of both disorders.

Symptoms of BDD  include:

*The loss of functioning resulting from BDD can have serious consequences for the individuals future. Adolescents with BDD often cut school and may be reluctant to participate in sports, youth groups, or hold part-time or summer jobs. Many individuals are unable to remain in school, form healthy relationships, or keep steady jobs.  Adults with muscle dysmorphia have been known to turn down job promotions in order to have more time to focus on their imperfections by working out more at the gym or fitness centers. The economic consequences of BDD can  include overspending on cosmetics, clothing, or plastic surgery.

Individuals with BDD often respond well to medications such as antidepressants as well as individual therapy using Cognitive Behavior Therapy (CBT). CBT has been found useful in reducing BDD symptoms. With CBT, individuals learn to see themselves in the mirror without the need for negative self talk or tendency to focus on the negative defects. CBT also challenges inaccurate self-perceptions the individual might have about themselves. Relaxation techniques paired with CBT work well for individuals with BDD.

In more severe cases, hospitalization may be warranted for individuals with BDD.  Since BDD patients have a high rate of self-destructive behavior, including performing surgery on themselves at home (e.g. liposuction followed by skin stapling, removing facial scars with sand paper, or even sawing down their teeth), hospitalization might be the best place for them to get the help they need. Individuals with severe cases of BDD have a high rate of attempted and completed suicide. Out of 100 individuals diagnosed with BDD, 48% have been hospitalized for psychiatric reasons and 30% had made at least one suicide attempt.

The best preventive strategy appears to be simply challenging the perception of those afflicted with unrealistic images of themselves. Despite the pervasive influence of the mass media in our lives, we must educate ourselves and our children about the realities of those supposed “perfect” images we are exposed to. Point out the airbrushing and photo-shopping involved in getting models to look a certain way. Most importantly, talk to young children about the pitfalls of trying to look “perfect”. Teach them the importance of being well rounded, mentally and physically. Stop complimenting girls and boys on just their physical appearance and attributes. Compliment them on being smart, kind, compassionate, and generous rather than on being beautiful and cute.  By doing so, you are teaching them to value themselves as a whole rather than a physical part or feature.  Lastly, educate yourself on the symptoms of BDD and pay attention to changes in your children’s dress and behavior. Early intervention is key.
Videos: Killing us softly, A Dove Film: girls self esteem, Dove: Evolution commercial