16 Tips to Tackle Common Challenges When Parenting Kids with ADHD 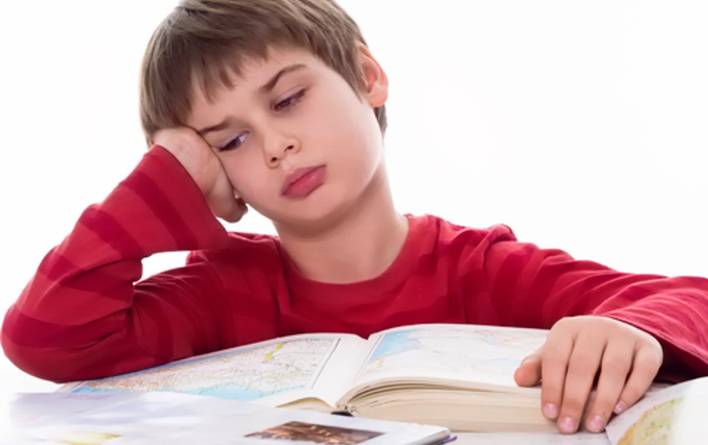 “They say I have A.D.H.D.  They just don’t understand…oh look, a squirrel!”

The symptoms of attention deficit hyperactivity disorder (ADHD) can present parents with many challenges. Kids with ADHD “often lose track of their things, have difficulty staying on top of homework and seem generally scattered when attending to chores or assigned tasks,” says George Kapalka, Ph.D, clinical and school psychologist and author of three books on ADHD, including Parenting Your Out-of-Control Child: An Effective, Easy-to-use Program for Teaching Self-Control.

Impulsivity is another challenge, which can lead kids to be defiant or to argue, he says. “They tend to easily get overstimulated and they overreact to frustration or failure.”

Lucy Jo Palladino, Ph.D, clinical psychologist and author of Dreamers, Discoverers, and Dynamos: How to Help the Child Who is Bright, Bored, and Having Problems at School, agrees. She says that kids with ADHD have “hair-trigger, fight-or-flight reactions to stress,” which can make enforcing rules difficult for parents. Parents may have a tough time knowing how to provide structure without pressure, she says.

“Children with ADHD know what to do [but] they don’t do what they know,” Palladino notes. Consequently, parents might not know when to be firm and when to be patient, she says.

Plus, parents have to deal with the tricky balance of believing “in your child’s abilities while protecting him from the pitfalls of his ADHD,” she says. You might wonder, “How much accommodation and special treatment is best?,” and worry that you’re fostering dependence or self-doubt in your child.

Parenting Strategies for Kids with ADHD

Both Kapalka and Palladino emphasize the importance of staying calm. As Kapalka says, “Once the parent is out of control, the child’s anger becomes even more escalated, assuring that the interaction will result in a non-productive outcome.” So pay attention to yourself if you have a tendency toward ADHD behaviors like reactivity.

Arguing with your child won’t get you anywhere. Take homework time, for instance—an activity that can feel like a tug-of-war. Arguing simply creates “a diversion that delays homework even longer,” Palladino points out. Instead, “Diffuse, don’t engage.”

Palladino suggests the following: “Say, ‘I understand this is no fun for you,’ followed by silence, positive expectancy and a loving touch on the shoulder. The wrong move here would be saying, ‘Stop complaining. You’re dawdling over nothing.’”

“If you’re inclined to be a worried, rescuing parent, remind yourself that the more you do for your child, the less he does for himself,” Palladino says. The key is to “Support, but don’t get into the driver’s seat.”

For example, during a homework session, it’s fine to ask “Do you need more of those papers with the lines and boxes on them to finish these long division problems?” she says. But taking your child’s pencil and saying you’ll both work on that long division can be problematic.

If you’d still like to keep an eye on your child, “sit close by, but bring your own work to the table—pay your bills, balance your checkbook.”

According to Palladino, structure involves “star charts for young children, calendars and planners for older ones, and clear rules and sensible routines, especially at bedtime.” Structure helps reduce disorganization and distractibility, Kapalka notes. As such, “set a consistent time to do homework, with certain privileges only available to the child after” they’ve successfully completed their assignments, he says. (Another tip — work with your child’s teachers to create a consistent homework routine, he says.)

As Palladino explained earlier, it’s best to avoid imposing pressure. So what does pressure-free structure look like? It includes “not using threats or unreasonable deadlines and punishments that contribute to hostility, fear or drama,” she says.

To help teach kids self-control, Kapalka says that “Parents must provide ample opportunities for children to be faced with choices of how to respond.”

Palladino suggests using a technique called “structured choice,” which gives your child two choices that steer him or her in the right direction. For example, parents might ask, according to Palladino: “Do you want to do your math or your science assignment next?” or “Before we can go, your room needs to be picked up. Do you want to start with the clothes on the bed or clear the top of your desk?”

As a start, Palladino suggests parents ask their child what the consequences should be if he or she breaks a rule. This helps kids create commitments that they can actually own, she says.

As Palladino says, it’s in your child’s “job description” to occasionally break the rules. When your child breaks the rules, “…correct him the way a police officer gives you a ticket. He doesn’t take it personally or groan or yell, ‘I can’t believe you did that again! Why do you do this to me?’ Like the officer, be respectful, consistent, and matter-of-fact.”

Certain accommodations might be necessary for your child because of his or her ADHD. However, you still want to encourage kids to cultivate their abilities.

Palladino gives an example of finding this tricky balance: “… stand up for his right for an accommodation like talking books, but encourage and expect him to learn to read fluently, giving him time, attention, a tutor, and most especially, your belief that he can.”

As Kapalka says, one of the mistakes parents can make is “Trying to turn a spirited, willful child into one that never questions authority and accepts all that is said ‘just because I said so’ as a parent.”

Instead, he suggests that parents “ accept that some children will protest and talk back, and parents must set a limit that on the one hand realizes that children need at least some way to express their frustration, while still enforcing reasonable standards and rules.”

Parents of kids with ADHD “subconsciously make erroneous assumptions about why [their] child is misbehaving,” Kapalka says.

In reality, he says, “Children are very goal-directed and do what they do with the hope of obtaining an outcome they seek, which usually pertains to something they want to do or get, or something they are trying to avoid (like chores, home work or bed time).”

According to Kapalka, kids with ADHD may “require more trials and exposure to consistent consequences in order to learn from that experience.” Trying a technique one or two times with no results doesn’t mean that it’s completely ineffective. You just might have to keep trying.

Every concern can’t be fixed at once, Kapalka says. So it’s important for parents “to prioritize what situations seem most important, and start with those, temporarily letting go of the less important problems,” he says.

Knowing how ADHD symptoms affect your child is essential. You might think that your child is being stubborn or behaving a certain way on purpose, but these actions may be symptoms of ADHD.

Kapalka suggests parents also educate themselves about ADHD’s causes and child development. (You can refer to books on ADHD or talk to a therapist who specializes in ADHD.)

The other important part is educating yourself about attention and learning when your child is at his or her peak of productivity. Consider the following scenario, Palladino says: Your child won’t finish his homework, so you firmly tell him that he’s grounded if he doesn’t “buckle down right now.” Instead, though, he has a meltdown. The problem? His arousal level was too high. “Deep down, he was scared to put something on the paper, because he anticipated it wasn’t going to be good enough — too sloppy, poor spelling, not as polished as his siblings’ or his classmates’ work,” she says. The heightened arousal caused him to feel overwhelmed, so he needed less adrenaline to focus on his task.

Knowing when your child can concentrate best helps you “chunk assignments into manageable steps, suggest breaks to decrease tension, alternate interesting and boring tasks, and keep his adrenaline-based brain chemicals pumping with a steady stream of just the right amount of stimulation,” Palladino says.

(In Palladino’s book on attention called Find Your Focus Zone, she includes a long chapter called “Teaching Kids to Pay Attention,” which may be helpful to parents raising kids with ADHD.)

Children with ADHD have a difficult time with “set-shifting,” a brain function that involves adjusting to change or switching cognitive processes, especially if they’re hyper-focused on an activity, Palladino says.

She emphasizes the importance of giving your child—no matter how busy you are—the “time and information he needs to mentally adjust for big changes—such as vacations, guests or a new babysitter—and small changes—such as stopping one activity to begin the next, especially when what’s next is getting ready for bed.”

For instance, when you get back from vacation, the night before, review your child’s routine with him or her, she says.

Instead of harping on what your child can’t do, hone in on what they can, Palladino recommends. Keep reminding yourself about your child’s “resourcefulness, creativity and individuality. The same self-determination and intractability that drives you nuts today will empower your child tomorrow. Picture him as a tireless entrepreneur, attorney, or doing any work he feels passionate about.”

It’s best for parents to try to strike a balance. “Don’t deny his special needs, and don’t define him by them, either,” she says.

Raising a child with a disorder whose symptoms include impulsivity, defiance and “limited self-control is one of the most challenging tasks any person will ever attempt,” Kapalka says.

So acknowledge that you’re working hard, and “Do not feel like a failure. You did not cause your child to behave this way, but you can make a difference,” he says.

Parenting kids with ADHD can feel like a frustrating—and sometimes unfeasible—task. But “Don’t let ADHD rob you of the joy of being a parent,” Palladino says.

When parents are at their wits’ end, they can do a few things to help. For instance, she suggests a parent “cradle your arms and remember what it felt like when your child was born.”

If you’re “correcting your child too much, turn your ring or put your wristwatch on your other hand, and don’t put it back the right way until you’ve thought of and said something positive or caught your child being good,” she says.

She also recommends the following self-talk:

“I am thankful to be a parent. The responsibility is great but the rewards are greater.”

“I teach my child and my child teaches me.”

“I am thankful for my children — their gifts and talents and their love.”