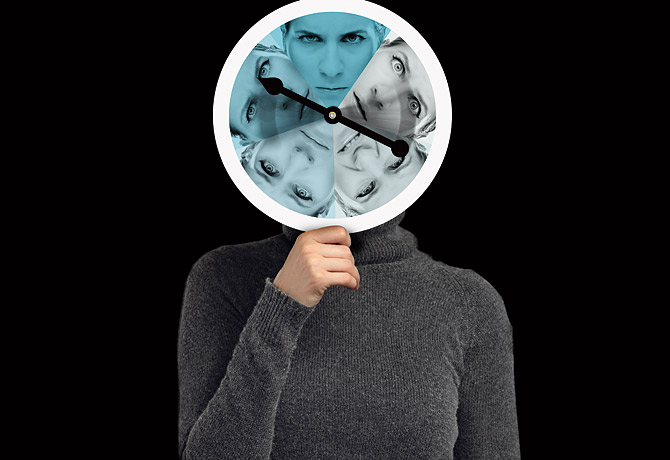 “My significant other right now is myself, which is what happens when you suffer from multiple personality disorder and self-obsession”.
-Joaquin Phoenix

Popular films like Fatal Attraction, Silence of the Lambs, and the more recent Silver Linings Playbook, give us a glimpse of specific personality disorders including delusional disorder, schizophrenia, and bipolar disorder. There are, however, several other types of personality disorders that affect millions of people every day and are not as commonly known.

Personality refers to a distinctive set of behavior style, patterns, and traits that make up our character or individuality. Our perception of the world along with our attitudes, thoughts, and feelings are all part of our personality. People with healthy personalities are able to cope with normal stresses and do not have difficulty forming relationships with family, friends, and co-workers.

Personality is the combination of thoughts, emotions and behaviors that makes you unique. It’s the way you view, understand and relate to the outside world, as well as how you see yourself. Personality forms during childhood and shaped through an interaction of your genetic makeup and the environment you grew up in.  The aspects of your personality passed on to you by your parents, such as shyness or having a happy outlook (temperament) is your genetic makeup.  The surroundings you grew up in, events that occurred, and relationships with family members and others would be your environment.  It includes such things as the type of parenting you had (whether loving or abusive).

These personality disorders characterized by odd, eccentric thinking or behavior include:

The essential feature for this type of personality disorder is interpreting the actions of others as deliberately threatening or demeaning. People with paranoid personality disorder are untrusting, unforgiving, and prone to angry or aggressive outbursts without justification because they perceive others as unfaithful, disloyal, condescending or deceitful. This type of person may also be jealous, guarded, secretive, and scheming, and may appear to be emotionally “cold” or excessively serious.

Schizoid personalities are introverted, withdrawn, solitary, emotionally cold, and distant. They are often absorbed with their own thoughts and feelings and are fearful of closeness and intimacy with others. For example, a person suffering from schizoid personality is more of a daydreamer than a practical action taker.

A pattern of peculiarities best describes those with schizotypal personality disorder. People may have odd or eccentric manners of speaking or dressing. Strange, outlandish or paranoid beliefs and thoughts are common. People with schizotypal personality disorder have difficulties forming relationships and experience extreme anxiety in social situations. They may react inappropriately or not react at all during a conversation or they may talk to themselves. They also display signs of “magical thinking” by saying they can see into the future or read other people’s minds.

These are personality disorders characterized by dramatic, overly emotional thinking or behavior and include:

Antisocial (formerly called Sociopathic) Personality Disorder: People with antisocial personality disorder characteristically act out their conflicts and ignore normal rules of social behavior. These individuals are impulsive, irresponsible, and callous. Typically, the antisocial personality has a history of legal difficulties, belligerent and irresponsible behavior, aggressive and even violent relationships. They show no respect for other people and feel no remorse about the effects of their behavior on others. These people  are at high risk for substance abuse, especially alcoholism, since it helps them to relieve tension, irritability and boredom.

Borderline Personality Disorder: People with borderline personality disorder are unstable in several areas, including interpersonal relationships, behavior, mood, and self-image. Abrupt and extreme mood changes, stormy interpersonal relationships, an unstable and fluctuating self-image, unpredictable and self-destructive actions characterize the person with borderline personality disorder. These individuals generally have great difficulty with their own sense of identity. They often experience the world in extremes, viewing others as either “all good” or “all bad.” A person with borderline personality may form an intense personal attachment with someone only to quickly dissolve it over a perceived slight. Fears of abandonment may lead to an excessive dependency on others. Self-mutilation or recurrent suicidal gestures may be used to get attention or manipulate others. Impulsive actions, chronic feelings of boredom or emptiness, and bouts of intense inappropriate anger are other traits of this disorder, which is more common among females.

Histrionic Personality Disorder: Histrionic personality disorder is characterized by a pattern of excessive emotionality and attention-seeking, including an excessive need for approval and inappropriately seductive behavior, usually beginning in early adulthood. These individuals are lively, dramatic, vivacious, enthusiastic, and flirtatious.

Narcissistic Personality Disorder:  People with narcissistic personality have an exaggerated sense of self-importance, are absorbed by fantasies of unlimited success, and seek constant attention. The narcissistic personality is oversensitive to failure and often complains of multiple somatic symptoms. Prone to extreme mood swings between self-admiration and insecurity, these people tend to exploit interpersonal relationships.

These are personality disorders characterized by anxious, fearful thinking or behavior and include:

Avoidant Personality Disorder: Avoidant personalities are often hypersensitive to rejection and are unwilling to become involved with others unless they are sure of being liked. Excessive social discomfort, timidity, fear of criticism, avoidance of social or work activities that involve interpersonal contact are characteristic of the avoidant personality. They are fearful of saying something considered foolish by others; worry they will blush or cry in front of others; and are very hurt by any disapproval by others. People with avoidant personality disorder may have no close relationships outside of their family circle, although they would like to, and are upset at their inability to relate well to others.

Dependent Personality Disorder: People with dependent personality disorder may exhibit a pattern of dependent and submissive behavior, relying on others to make decisions for them. They require excessive reassurance and advice, and are easily hurt by criticism or disapproval. They feel uncomfortable and helpless if they are alone, and can be devastated when a close relationship ends. They have a strong fear of rejection. Typically lacking in self-confidence, the dependent personality rarely initiates projects or does things independently. This disorder usually begins by early adulthood and is diagnosed more frequently in females than males.

When these characteristics are carried to an extreme, when they endure over time and when they interfere with healthy functioning, a diagnostic evaluation with a licensed physician or mental health professional is recommended.

Complications and problems that personality disorders may cause or be associated with include:

Treatment of the Personality Disorder

There are many types of help available for the different personality disorders. Treatment may include individual, group, or family psychotherapy. Medications, prescribed by a patient’s physician, may also be helpful in relieving some of the symptoms of personality disorders, including problems with anxiety and perceptions.
Psychotherapy for patients with personality disorders focuses on helping them see the unconscious conflicts that are contributing to or causing their symptoms. It also helps people become more flexible and is aimed at reducing the behavior patterns that interfere with everyday living.

In psychotherapy, people with personality disorders can better recognize the effects of their behavior on others. Behavior and cognitive therapies focus on resolving symptoms or traits that are characteristic of the disorder, such as the inability to make important life decisions or the inability to initiate relationships.

Let Your Actions Be Your Child’s Teacher