To Medicate or Not to Medicate? The Question for Treating Mental Illness 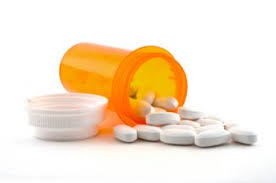 “The part cannot be well unless the whole is well” -Plato

Although medication serves a very important role in treating severe cases of mental illness, research has shown many Americans are taking medications that may not work for them or may be completely inappropriate for their mental health needs. Inappropriately prescribing medication can lead to serious harm. Many individuals are currently being prescribed psychotropic medications without a thorough evaluation from a mental health professional. This is due to many individuals seeking mental health treatment from their primary care physician rather than a mental health professional. As a result, many are often unaware of other alternative and evidence based treatments that might be more appropriate and more effective (I.e. cognitive behavioral therapy).  Dr. Steven Hollon, a psychology professor at Vanderbilt University has conducted extensive research on the  effectiveness of  antidepressants and states “if people knew more, I think they would be a little less likely to go down the  medication path than the psychosocial treatment path.”

According to industry data, the use of prescription medication has increased by 22 percent from 2001 to 2010, making one out of 5 adults in the U.S. taking at least one psychotropic medication.  Antipsychotics, antidepressants, and medication to treat Attention Deficit Hyperactivity Disorder (ADHD) are the most prescribed.  In 1987, Prozac (fluoxetine) was introduced to society and was quickly embraced by the medical community due to its fewer side effects compared to other available antidepressants at the time.  Since the launch of Prozac, the use of antidepressants quadrupled in the United States.  According to the Center for Disease Control (CDC) data, today more than 1 in 10 Americans are taking antidepressants, making antidepressants the second  most commonly prescribed drug in the United States, right below cholesterol lowering drugs.  Recent research has indicated antidepressants are not as effective as many people believe, especially for those suffering from mild depression.  It is estimated that at least 50 percent of those being treated with antidepressants are not directly getting active pharmacological effects, but results are due to the placebo effect.

Research by Irving Kirsch, PhD, also indicates limited efficacy for those suffering from severe depression.  (PLoS Medicine, 2008).  Steven Paul, MD, a neuroscientist states “Medication treatment is but one way to treat depression.  It’s not necessarily the best way or the only way”.  Psychotherapy can be just as effective as antidepressants for many individuals.  Psychotherapy doesn’t have the risk of side effects as medications and has a lower instance of relapse.  Studies show patients with moderate to severe depression who received cognitive behavior therapy were less likely to relapse back into major depression than patients who were treated with medication alone and stopped treatment.

Most antidepressants are prescribed by primary care physicians who often have limited training and experience in treating mental health disorders.  As a result many individuals are not aware of alternative treatment options and the psychotropic medication is often the only treatment option offered.  It must also be noted, due to insurance reimbursement, it is much easier for medical doctors to obtain reimbursement for drug treatment than therapy.  “There is also a huge financial incentive for psychiatrists to prescribe instead of doing psychotherapy. You can make two, three, four times as much money being a prescriber than a therapist.  The vicious cycle here is that as psychiatrists limit their practice primarily to prescribing, they lose their therapy skills by attrition and do even less therapy” states Daniel Carlat, MD, associate clinical professor of psychiatry at Tufts University and author of the 2010 book “Unhinged:  The Trouble with Psychiatry”.

The pharmaceutical industry has also been very successful in marketing and advertising the psychotropic drugs to physicians and the public. We see the ads on TV and in our magazines, failing to notice the lack of adequate information about the side effects.  As a result of this mass marketing, many individuals request the drug by name when they visit their primary care physicians.  The end result of all this mass marketing to the people has increased the level of comfort we all have with medications.  Currently we are seeing more people being prescribed antipsychotic medications to treat various mental health disorders such as anxiety, depression, dementia, and insomnia under off-label prescription, meaning using the drugs for what they were not initially intended for.  Many of these drugs are being prescribed with uncertain scientific evidence and supporting research.

Of significant concern is the use of these powerful drugs with our children, elderly, and foster kids.  In some cases, even infants have been prescribed psychotropic drugs without any scientific evidence supporting their use.  In a recent health care fraud settlement, the largest in the history of the U.S., the makers of the popular antidepressant Paxil were found guilty of promoting the use of Paxil and Wellbutrin for children under the age of 18 without the approval of the U.S. Food and Drug Administration (FDA).  They were ordered to pay $3 Billion in the fraud settlement.

What Are The Choices??

Due to the stigma of therapy and mental illness in the Muslim community, many Muslims inappropriately treat physical symptoms related to mental illness with medication.  Many simply want a pill in order to “make it all go away”.  Members of the Muslim community, especially the elders, often trust what a physician tells them without becoming fully informed of the choices available to them.  Others, due to recent immigration or unfamiliarity with the language and culture, simply don’t understand enough to make informed choices.  Lack of familiarity with therapy and mental health professionals also limit the choice to the primary care physician.   So what are your choices?

The intent of this article is not to steer you away from medication but to empower you to be fully informed about all your options before using any prescription medication.  Although the focus of this article is about using medication to treat mental illness, the pros and cons should be considered with medication regardless of the disorder.  The pharmaceutical companies are bombarding us with advertisements for prescriptions to treat every ailment, whether mild or severe.  There are so many preventive measures you can take prior to going down the road of medication but there are also many steps you can take to reduce your dependency on medication once you have already started.  There are countless accounts of individuals who have taken back control of their lives and reduced their dependence on medication regardless of diagnosis (diabetes, high blood pressure, high cholesterol, etc.).  Be empowered and make choices by being fully empowered.