Ramadan: Use Anger to Come Closer to Allah 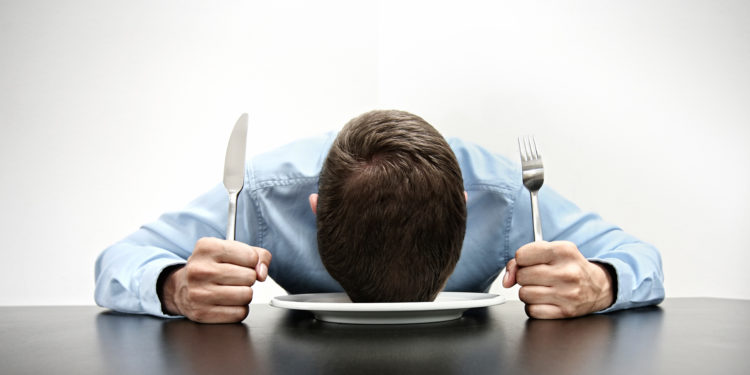 The month when the doors of the glorious gates of Jannah are wide open.

The month when those hunger pangs bring us ever closer to our Creator.

The month when wonderful words roll off our tongues.

Umm, hold on a second.  I get the part about the heavenly gates and the hunger pangs. But I’m confused about the wonderful words.  I don’t if it’s just me but I seem to hear a lot of loathsome language during Ramadan.    During this blessed month, the sneaky Shaytan is cuffed like a criminal. But then a new “monster” shows up in some of us: ourselves.   With raging hunger and thirst in this hot Ramadan, our emotions can bring out the worst of us.   But they don’t have to. We can actually use these tough emotions to get closer to Allah by managing and even mastering them.  Without a doubt, one of the toughest emotions to handle while fasting is anger.

I get angry! So what?

Well, the believer who is conscious of Allah is one who restrains their anger.

Allah says in the Quran, “And hasten to forgiveness from your Lord and a garden whose width is that of the heavens and the Earth, prepared for the God-fearing. Who spend in times of ease and times of hardship and who restrain their anger and who pardon people. And Allah loves those who do good.” [Surah Al-Imran: 133-134]

We’ve all heard the advice the Prophet, peace and blessings of Allah be upon him, gave to a man who came to him.

When I first tried to understand this hadith, I thought, “How absurd. After all, repressing anger is bad for you, right?”

I recently learned of research that shows expressing anger and “letting it out” can actually be bad for you both physically and mentally.

“When people brood and ruminate about their anger, talk to others incessantly about how angry they are, or vent their feelings in hostile acts, their blood pressure shoots up, they often feel angrier, and they behave even more aggressively later than if they had just let their feelings of anger subside (Bushman et al., 2005; Travis, 1989).

Anger first starts off like a dry stick with a little spark. And each subsequent angry thought is like throwing another stick, drenched in kerosene, into the burning pile. The fire just keeps getting bigger and bigger until it burns you.

So how can we actually put out this anger flame and be those who restrain anger?

Experts in anger management therapies will teach you the ancient advice to count to 10 or count to a 100. But we have something better that can bring us closer to Allah.

And while you say the Ta’awwudh, try a distracting activity like making wudu or taking a walk.   You can even change your physical position like the Prophet, peace and blessings of Allah be upon him, advised us to do:

Changing our position helps us get out of that high arousal state that anger puts us in.

A second way to use anger to come closer to Allah is through:

Ever notice how different a picture looks when you change the frame around it. You can go from a traditional, rustic look to a modern, contemporary design in minutes just by changing the outline.

You can do the same thing with an angry thought or situation.

Let’s say you get mad at the sister standing next to you in salah because she whispers very loudly. You can reframe that situation and think that maybe she is so focused on her salah that she doesn’t even notice that the disturbance she is causing.

By the way, offering salah is a great reframing tool. It often gets you out of the angry situation and makes you realize how futile the fights of this world are.

Putting a new spin to the angry story your mind perpetuates also helps you move away from taking things personally. Maybe that person who cut you off, as you’re on your way to iftaar at your friend’s, didn’t see you. Give people the benefit of the doubt. And then watch yourself come closer to Allah through anger.

When Anger is Awesome

Sometimes anger is warranted. For example, getting angry when Allah’s laws are broken is plausible. Getting angry at an injustice can also be good when it motivates you to right the wrong.

But remember what Aristotle said, “Anyone can become angry-that is easy. But to be angry with the right person, to the right degree, at the right time, for the right purpose, and in the right way-this is not easy.”

So if you are going to express anger, remember to use the right words at the right time. Think carefully before you do or say anything so that you get the results you want.

Moreover, using the Ta’awwudh to calm down and distract yourself doesn’t mean you are brushing the problem under the rug. No. It merely cools your mind so that you can think intelligently about the situation at hand.

The next time you get angry at iftaar time or during your fast, remember to say the Ta’awwudh until you calm down. And then reframe the situation to get a better understanding of what’s going on.

May you always use anger to come closer to Allah.

Saba Malik is a blogger at and founder of MorningWind.org. She is a teacher, life coach and has authored two eBooks: “The Muslim’s 5-Step Guide to Bipolar Mastery” and “When you’re Muslim, You Can Manage Depression with Islam” (both available for free on MorningWind.org). She is currently pursuing her studies in psychology. Talk to her at saba@morningwind.org