Living with Schizophrenia: One Woman’s Story 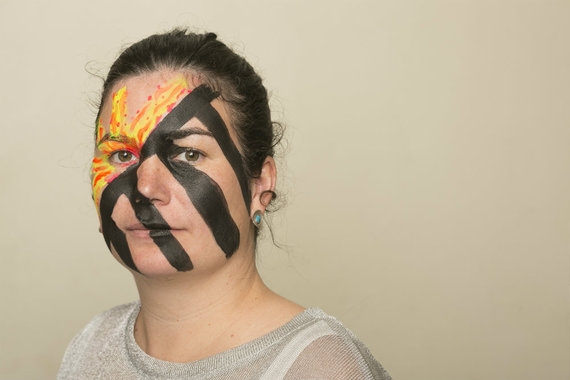 Sonia’s story
The one message I’d like to give to people about schizophrenia is that yes, it is severe illness that can affect your life in a very complex and negative way. But people who have it are just like you and me, trying to make ends meet and to live their lives as best they can, just like everyone else.
I began experiencing paranoia and other symptoms of schizophrenia when I was 28. I am German, but I was living in London at the time with my English husband. I felt very scared and distressed, and I was really confused and worried about what was wrong with me.

My husband was with me during that first experience of being unwell, and he has supported me ever since. He has been wonderful, but I lost about six years while trying to get the right care.
I’m just a normal working mum, and I want to do everything I can to raise awareness about schizophrenia.
When a lot of people hear the word “schizophrenia” they think of a split personality, so I wanted to confront this stereotype in my makeup design for Rethink Mental Illness Schizophrenia Awareness Week campaign film. My face is in two halves: one black and white and one in bright colour. The black bars symbolize my ability to see clearly as being blocked by negative symptoms (such as depressions, lack of motivation) and the side effects of medication. The coloured part is supposed to look a bit wild like a firework, representing the more positive symptoms of my illness such as delusions of grandeur and feeling omnipotent.

My husband and I are now parents to a beautiful 14-month-old boy. The best thing about being a mum is seeing joy and contentment on my son’s face, hearing him say “mama” and watching him grow and develop.
Before I became a mum I was worried if I would be able to cope. My doctors told me the medication I was taking (Olanzapine) was safe to take so I continued to take it during pregnancy. But once I gave birth there were some problems as the Olanzapine makes you really tired in the morning. Sometimes I would put my baby in a bouncer and I would snooze. I hated it. I was worried that I might get stressed or not enough sleep and then get psychotic, but everything was fine.
Today I work full-time for a media company, and my work is really important to me. I’m just a normal working mum, and I want to do everything I can to raise awareness about schizophrenia.
Watch Sonia’s Story here:

Schizophrenia can affect anyone at any time. Rethink Mental Illness is fighting to help thousands of people like Sonia get the right support when they need it. You can help by making a donation and supporting the online campaign.

Handling a Break-Up with Dignity

Irrational Fears and OCD in Children