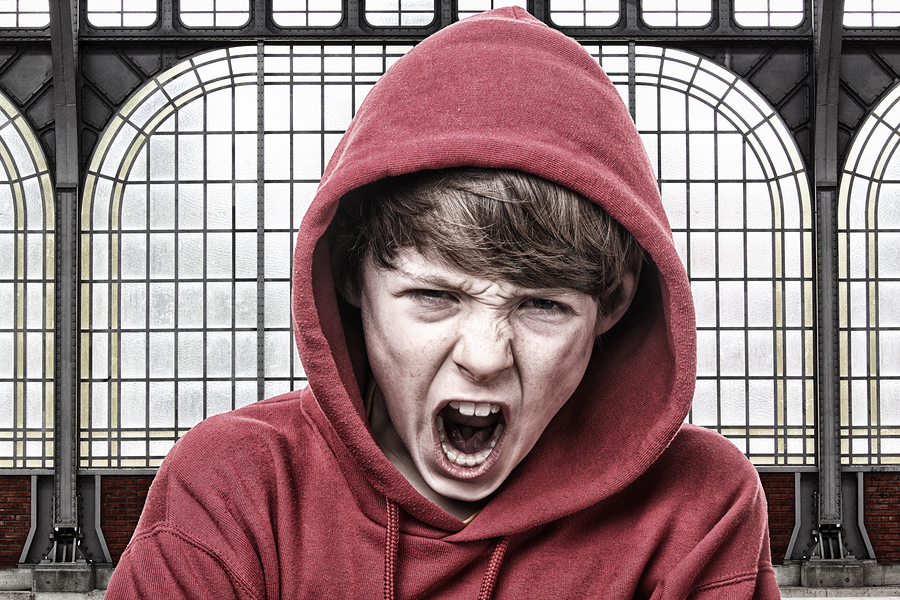 “For many people, one of the most frustrating aspects of life is not being able to understand other people’s behavior.”

All children, especially when tired, hungry, stressed or upset, can act oppositional from time to time.  This oppositional behavior might include arguing, talking back, disobeying, and defying their parents, teachers, and other adults.  Oppositional behavior can be a normal part of development for two to three year olds and early adolescents.  However, being openly uncooperative and hostile on a frequent and consistent basis becomes a serious concern, especially if it stands out when compared with other children of the same age and developmental level, and when it affects the child’s social, family and academic life. Although children can be difficult and challenging at times, if there is a persistent pattern of tantrums, arguing, and angry or disruptive behavior toward you and other authority figures, your child or teen may have Oppositional Defiance Disorder (ODD).

Oppositional Defiance Disorder (ODD) is thought to be caused by a combination of psychological, biological, and social factors. A child’s natural disposition, along with lack of structure or parental supervision, inconsistent discipline practices, and exposure to abuse or community violence have been identified as factors, which may contribute to the development of ODD.

ODD typically occurs in families with a history of Attention Deficit Hyperactivity Disorder (ADHD), substance use disorders, or mood disorders such as depression or bipolar disorder.  Studies which have looked at brain images of children have suggested that children with ODD may have subtle differences in the part of the brain responsible for reasoning, judgment and impulse control. In psychological studies, findings have indicated children who display aggressive behavior have trouble correctly identifying and interpreting social cues from peers. The aggressive children tend to see neutral situations with children as being hostile. Children with ODD also tend to generate fewer solutions to problems while expecting to be rewarded for their aggressive responses. Children with oppositional defiant disorder may have trouble in school with teachers and may struggle to make and keep friends.  Due to this difficulty in reading social cues, children might inappropriately be identified as having Autism Spectrum Disorder.

Symptoms of ODD may include:

The symptoms are usually seen in multiple settings, but may be more noticeable at home or at school.  One to sixteen percent of all school-age children and adolescents have ODD. Many parents report that their child with ODD was more rigid and demanding than the child’s siblings from an early age.  Signs of ODD are generally present before a child is 8 years old. Although ODD can sometimes develop later, it’s almost always present before the early teen years. When ODD behavior develops, the signs tend to begin gradually and then worsen over months or years.

A child may be displaying signs of ODD instead of normal moodiness if the behaviors are persistent, have lasted at least 6 months, and are clearly disrupting the family or home environment.

DSM-IV Criteria for oppositional defiance disorder to be diagnosed include a pattern of behavior that lasts at least six months and includes at least four of the following:

It’s important to remember a child diagnosed with ODD isn’t likely to see his or her behavior as defiant. Instead, they will probably believe that unreasonable demands are being placed on them.

As a parent, you might feel overwhelmed in trying to manage your child’s behaviors related to ODD.  You might be reluctant to accept the diagnosis of ODD for fear it might reflect negatively on your parenting skills.  It’s important to realize there is a combination of factors involved in a child developing ODD.  Instead of focusing on what you might’ve done wrong, turn your focus instead on how you can move ahead and get your child the help he/she needs. The earlier this disorder can be managed, the better for you and your child.  Treatment can help restore your child’s self-esteem and rebuild a positive relationship between you and your child. Your child’s relationships with others in his or her life also will benefit from early treatment. Medical Doctors, Psychologists, and child development experts can help.

There is no single treatment for children with ODD. Treatment of ODD involves therapy, training to help build positive family interactions, and possibly the use of medications to treat related mental health conditions.  The most effective treatment plan will need to be individualized to the needs of each child and their families. It’s important to note treatment must be delivered for an adequate period of time (at least 6 months or longer) and may require follow up sessions.  Treatment will often include both individual and family therapy and the therapist may need to develop a plan to work with your child’s school and classroom teacher.  Teaching the child appropriate problem solving skills training along with family interventions such as parent management training and school based interventions have been found to be the most effective forms of treatment. During the parent management training, parents learn more-effective parenting techniques, which lead to improvement in the quality of the parent-child relationship and decreased problem behaviors. Your child might also benefit from social skills training that will help him or her learn how to interact more positively and effectively with peers. Social skills training will also increase flexibility and improve social skills and frustration tolerance with peers.

Medications alone generally aren’t used for ODD unless another disorder co-exists.  Medication may be included as part of the treatment if the child is also diagnosed with ADHD, depression, or anxiety.  It’s important to diagnose and treat any co-occurring illnesses because they can create or worsen irritability and defiance if left untreated.

Although the following parent management techniques may seem like common sense, learning to use them in the face of opposition isn’t easy, especially if there are other stressers at home. Learning these skills will require consistent practice and patience. Most important in treatment is for you to show consistent, unconditional love and acceptance of your child — even during difficult and disruptive situations. Don’t be too hard on yourself. This process can be tough for even the most patient parents!

At first, your child probably won’t be cooperative or appreciate your changed response to his or her behavior. Expect that you’ll have setbacks and relapses, and be prepared with a plan to manage those times. In fact, behavior can temporarily worsen when new limits and expectations are set. However, with perseverance and consistency, the initial hard work often pays off with improved behavior and relationships. Many children with ODD will respond to the positive parenting techniques.

Importance of Parent Self Care!   Being the parent of a child with ODD isn’t easy. Counseling for you can provide you with an outlet for your frustrations and concerns. In turn, this can lead to better outcomes for your child because you’ll be more prepared to deal with problem behaviors. Here are some tips to help you:

Support in School for Children with ODD  Oppositional Defiance Disorder (ODD) is one of two pediatric behavioral disorders defined by the Diagnostic and Statistical Manual IV (DSM IV) that are included in the Federal IDEA definition of “Behavioral Disturbances.” While not as serious as a Conduct Disorder, which tends to include aggression and property destruction, ODD as a behavioral disorder, still compromises a student’s ability to succeed academically and develop meaningful relationships with peers and teachers.

Although all students benefit from classroom settings with structure and clear expectations, for students diagnosed with ODD, it is critical that structure is clear, explicit and above all consistent (regardless of setting).  Consideration to classroom organization for kids with ODD should be made (e.g. Seating arrangements that put children into clusters of 4 may be fine in settings where children are raised with high expectations, but creates too many opportunities for disruptive behavior for students with ODD). Students with ODD often use seating arrangements as occasions for work avoidance than about interpersonal dynamics or angst. Seating arranged in rows or pairs work better for student with ODD.

A significant aspect of parenting in the Islamic model is learning how to properly discipline a child. In Islam children are entitled to many rights just as parents are. Some of the rights of a child are to be treated with fairness, kindness and compassion and to be protected from harm, even when being disciplined.

The Prophet Muhammad (peace be upon him) said: “Everyone of you is a protector and guardian and responsible for your wards and things under your care and a man is a guardian of his family members, and is accountable for those placed under his charge.” (Bukhari and Muslim). In another narration, the Prophet (peace be upon him) said: “Be afraid of God, and be just to your children.”If your child behaves in an aggressive and oppositional way, regardless of how you feel, it is never acceptable or justified to beat, abuse, or use excessive “discipline” to get children to be more submissive.  Sadly, many children with ODD are never diagnosed and are just treated as “bad” or “spoiled” children. Their behavior is seen as “disrespectful” and they are alienated, humiliated, or marginalized and eventually completely cut off by their families.

Parents, therefore need to know the difference between behaviors that require discipline and those that require treatment.  It is important to follow the guidelines above and thoroughly observe your child’s behavior. If you notice any of the signs mentioned over an extended period of time, please seek treatment options immediately and help improve the quality of your child’s life as well as your family’s.

Can Shopping Be An Addiction?