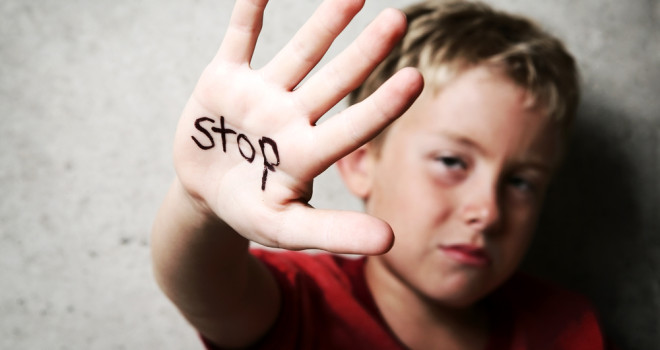 Child abuse is the dirty little secret no one wants to talk about yet in many homes across the world, it’s as prevalent today as it was centuries ago.  According to www.childhelp.org, “Over 3 million reports of child abuse are made every year in the United States; however, those reports can include multiple children. In 2007, approximately 5.8 million children were involved in an estimated 3.2 million child abuse reports and allegations.”  According to the World Health Organization (WHO), “Worldwide, approximately 40 million children are subjected to child abuse each year (WHO, 20014)”.

In Islam, we are taught to be gentle with our children and Prophet Muhammed (peace be upon him) was the best example of this.  He would take children in his arms and embrace them. He was once hugging his beloved grandsons, Hasan and Hussain (peace be upon them), when Aqrah bin Haabis told him, ‘I have got ten children. So far, I have not kissed any of them.’ The Prophet (peace be upon him) responded: “The one with no pity for others is not pitied.” (Al-Bukhari and Muslim). In this way he was particularly compassionate towards children. When he saw a child crying, he sat beside him or her and talked with them, encouraging them to share their feelings. He also felt the pain of a mother for her child more than the mother herself. Once he said: “I stand in prayer and wish to prolong it. However, I hear the cry of a child and cut the prayer short for the anxiety which the mother is feeling.” (Al-Bukhari)

Many parents believe corporal punishment is necessary in raising productive members of society but research has proven the exact opposite is true.  Children who have been raised in homes where corporal punishment has been used excessively have increased tendencies for aggressive acting out behaviors.  Children who have been hit also tend to carry excessive anger and are easily prone to angry outbursts.  Hitting children also models violence and teaches children that hitting is an acceptable form of communication when one is annoyed or frustrated.  New research also has found spanking can impact overall intelligence:  “While several studies in the past have alluded to the fact that spanking may reduce intelligence, this new study proclaims it as fact. Spanking creates stress, anxiety and fear and this can slow a child’s cognitive development. It can actually result in fewer neurons in the brain.”

What is Considered Abuse?

Most experts would not consider the open handed slap on the bottom as abuse but hitting a child with a closed hand or fist anywhere on the body, hitting the face or head in any way, and using an object to hit is considered abuse.  It is recommended to use alternative methods of discipline rather than any type of physical punishment due to difficulty determining the fine line that separates abuse from mild punishment.  Oftentimes mild punishment, especially out of anger, can escalate out of control, which leads to abuse.  One study found “some 70% of child abuse cases were attempts to discipline through the use of physical punishment that escalated out of control”. (Kadushin & Martin; Straus). In addition to physical punishment, yelling, name calling, and put downs are considered verbal abuse/emotional abuse. Deprivation of any kind (food, water, sleep, outdoors) are considered torture.

“In Willard Motley’s novel, Knock on Any Door, the central character, Nick, ends up on death row convicted of murder after a long career of delinquency and crime. In the background of his career are intense hatred and fear of his father, primarily because of the frequent spankings and beatings he had received for minor (and later, major) infractions from his father during his growing up years. He didn’t even want to see his father (and mother) while in his cell awaiting execution. The father, who we have learned really loves his son, is severely shaken by his son’s terrible fate. ‘I can’t understand it,’ the father says. ‘I told him and told him, and I always whipped him when he did wrong—over and over and over again.’ But the young man in the death cell doesn’t understand the source of his troubles any more than the father does. He gives his aunt, who visits him in his death cell, the following advice for bringing up his newborn nephew: ‘Don’t let what happened to him happen to me, Aunt Rosa. Beat the hell out of him, Aunt Rosa. See that he does right. So this whole self-defeating pattern of reliance upon violence as the ultimate method of discipline (intended to communicate and teach) is passed on from generation to generation’.”

Many families resort to physical punishment due to their own past history, cultural beliefs and norms, lack of awareness of alternative methods, religious views, and lack of belief that alternative methods of discipline are effective.  Many also lack the emotional regulation needed to effectively discipline their children without resorting to physical punishment.  They might get easily frustrated and resort to physical punishment.  This is why we are advised in Islam to fight our emotions and hold back our anger. Abu Hurayrah (may God be pleased with him) reported that a man said to the Prophet (peace be upon him), “Advise me.” He said, “Do not become angry.” The man repeated his request several times, and each time the Prophet (peace be upon him) told him, “Do not become angry.” (Al-Bukhari)

Children require discipline in order to thrive as individuals.  Children need boundaries and structure in their lives.  However discipline does not necessarily mean punishment.  We can discipline children without resorting to any physical punishment and still have children that are happy, healthy, and well behaved.

Think of discipline as a big umbrella and under that umbrella, a small portion is punishment.  Under that umbrella of discipline also includes corrective behavior, redirection, teaching decision making, teaching responsibility, reinforcing positive behavior through praise and tangible rewards, and opportunities to learn from mistakes.  Many people associate discipline with only punishment.  Punishment, if used correctly, should only be a small portion (if any) of the overall discipline process.

Discipline can start for children as young as 6 months old.  Most parents use the discipline strategies of redirection, correction of behavior, helping children learn from mistakes they’ve made, and catching their children being good and praising them for it, yet don’t view all this as discipline.  Discipline helps children learn responsibility and appropriate decision making.  All of this, as you can see, is the opposite of punishment.

The purpose of discipline should not be to have total control over your kids at all times but rather to illicit cooperation from your kids to make the choice of  behaving appropriately because it is in their best interest.  It’s crucial that you begin to emphasize cooperation at an early age. Children need to learn that it feels good to behave and understand there are privileges to appropriate behavior.  Discipline teaches kids to control their own behavior; this in turn increases their self confidence.

Are there times where you have to take charge of the situation?  Of course.  If a child is engaging in a dangerous behavior such as playing with the wall socket or going into the cleaning supply cabinet, you must remove the child from that situation.  Can this be a learning opportunity?  Definitely! It’s a good time to discuss the dangers of those behaviors with your children.  I believe children as young as 1 can understand this.  Even if they don’t fully grasp the concept, they can at least get a foundation for understanding right from wrong.  Children can benefit greatly from gaining meaning from their environment and for their behavior.  Always look for teaching opportunities to discuss appropriate behavior with your children…don’t just wait for them to act out.  If you see inappropriate behavior on TV you can discuss what you consider to be the better choice and ask your toddler or school age child what they think about the behavior.  There are numerous children books on the subject of appropriate behavior that you can read to your child and have a discussion afterwords.

Believe in your child’s ability to behave appropriately and making  good choices in their behavior.  Choose your words carefully in how you describe your child.  When you say “Oh, he/she is  just a bad boy/girl” in front of your child, they internalize it and prove you right.  Tell them you feel they are capable of making good behavior choices.  Reward and praise them when they do make good choices.  Acknowledge and praise appropriate behavior EVERY TIME regardless of how small the gesture.

Many parents make the mistake of allowing their child to do as he/she pleases until they are 5-6 years old and then decide to incorporate punishment in controlling their behavior.  Without the foundation of cooperation and responsible decision making from an early age, it makes gaining cooperation at a later age much more difficult.  As your children become older, your level of control over your child’s behavior lessens.  For this reason, it’s crucial to build trust and cooperation when your children are very young.  Many parents realize this when their children become teenagers. Without the foundation of cooperation and trust, attempts to control the behavior of teenagers becomes unsuccessful.  Teenagers need to have the ability to make good responsible decisions on their own.  As children grow, your level of discipline will also change.  There will be some things you’ll be more willing to negotiate on.  As children demonstrate more responsible behavior, you can allow them more control in their lives, more incentives and privileges (later bed time, more time with their friends, etc.). Some areas should not be negotiable such as appropriate behavior, focus on success in school, chores around the house, etc.

The essence of discipline is teaching children self control.  When children learn self-control, they can make responsible decisions.  If they are always under total control at home, they won’t learn to be in control of themselves which leads them to be out of control!

Converting to Islam: The Highs and Lows