What Divorced Men Wish They Had Done Differently In Their Marriages 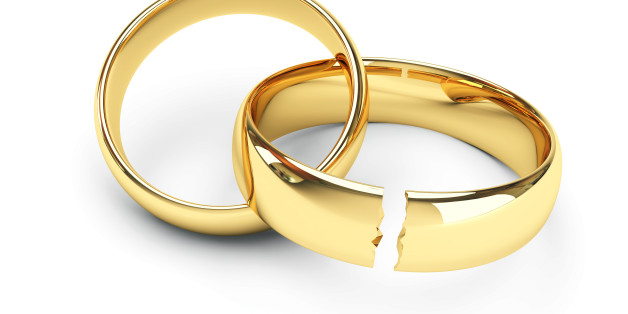 After a marriage ends and you’ve gained some time and distance from the relationship, you can slowly start to see where things went wrong. As they say, hindsight is 20/20.

Your own mistakes and shortcomings― things you did or didn’t do, things you said or didn’t say ― come into plain view, hopefully offering important lessons to be carried into your future relationships.

We asked divorced men to share some of the things they wish they had done differently while they were still married. Here’s what they told us:

I wish I had gone to bed at the same time as my wife.

“Even before we started sleeping in separate rooms, we didn’t go to bed together. And I don’t mean we stopped having sex, I mean we didn’t go to sleep at the same time. I would stay up late and decompress watching my favorite show and she would go to bed at what I thought was a crazy-early bedtime. I’ve learned there is a special kind of closeness to be nurtured by ending your day together. Snuggling up and letting the day wash over one another and speaking fleeting thoughts is a bond we should all aspire to have.” ― Adam Petzold

I wish I had put more effort into mending the relationship while I still could.

“My greatest regret from the beginning of my divorce three years ago through today is not trying a little harder before things got to the point of divorce. I became complacent, distant, and stopped caring. While divorce was the right choice for us in hindsight, I regret letting it get to that point. Yes, we were unhappy in our marriage, but my children and ‘normal’ family life will never be the same, and just maybe I could have prevented that.” ― Derick Turner

I wish I had spoken up more instead of bottling up my feelings.

“There are so many things I realize I could have done better, but if I had to choose just one, it’s that I kept quiet about any regrets I had. Whether it was something serious, like moving in together before I was ready, or something less intense, like eating her broccoli rabe even though it made me gag, it somehow felt disloyal to share my ruefulness. In hindsight, though, I see that expressing my true feelings would have been honest. And marriages are nothing without honesty. Immediately explaining your disappointment with a personal decision makes you transparent, and allowing your partner to see what you wish you could do over can solidify your bond. Meanwhile, keeping quiet about your regrets demonstrates a lack of trust that ultimately tears apart a relationship.” ― Craig Tomashoff

I wish I had waited to get married.

“I wouldn’t have gotten married at such a young age. Quite simply, I had no idea who I was yet so being ‘true’ to myself would have been impossible. I married at a very young age and I was still trying to find my true north. Due to many childhood issues from the family I grew up in, my emotional wiring was already a bigger mess than I knew. In many ways, stepping into my early 20s, my soul carried on more like a civil war than the compass it should have been for my life.

“Because of the environment I was raised in, I learned very early in life how to pretend everything was OK. This was both unhealthy for me emotionally and completely unfair to my young wife at that time. As the years passed, I began to understand who I was and what parts of me were never going to change. Honestly, we both grew up into the people we were destined to be. And those people made far better friends than partners in a relationship.” ― Michael Cheshire

I wish I had been honest about my personal fears and struggles.

“I wish that I would have been more transparent about my challenges as a man, as a father and as a husband. I kept negative thoughts and fears stuffed deep inside, which did nothing positive for either of us. I wanted the best for her and for us, but keeping her sheltered from the downsides was not the right way. She thought all was good, and I’d isolated myself emotionally. A truly solid relationship relies on open communication without fear of retribution. One must love and respect their own self as well as their partner, which includes openly divulging fears and challenges.” ― Bill Douglas

I wish I had stood up for myself more.

“When we were first married, my (now ex-) wife supported us while I was struggling to get started in my career. Because of that, I deferred to her and took a backseat as far as our decision-making. When things worked out and I began doing really well, I expected to have a more equal role. But it was not to be. That original dynamic was baked in, and she remained fairly dominant. Totally my fault — I lacked the strength early on to assert my value and role in our relationship, regardless of financial contribution. I doubt it would have changed the eventual outcome, but it might have been a more enjoyable ride (at least for me) while we were together.” ― Barry Gold, author of Gray Divorce Stories

I wish I had truly listened to her because she just wanted to be heard.

“Divorce was a painful wake-up call for me. It was only then that I got to be honest with how I really showed up (or didn’t show up) for my wife. When I look back, there are thousands of mistakes I made over 16 years. Most of them were small. A few were big, but the mistake that cost me the most was my inability to really listen. I didn’t get that my wife’s greatest need was to feel heard, validated and understood. Instead, every time she was upset I would either get defensive, try to fix it, or walk away and avoid her, hoping she would get over it. What I didn’t realize at the time was how much my pride and inability to understand her point of view cost us in terms of intimacy and trust. I really believe that if I could have just been able to be present with her and more respectful of her feelings, we could have made it through all the other ups and downs. But because I didn’t really make her my biggest priority, I ended up losing her forever.” ― Gerald Rogers

I wish I had taken responsibility for my part in our issues.

“My biggest regret is my lack of self-awareness and poor communication skills. I never stopped to figure out why I felt how I felt, said what I said, or did what I did. I operated in the relationship reactively, and you just can’t do that or you will have the same issues over and over. It wasn’t until I worked on learning how to communicate effectively and be self-aware that I fully realized my contribution to the downfall of what we had. It may not have lasted anyway, but certainly a lot less damage would have been done and the latent resentments and animosity could have been curbed quite a bit. When you aren’t self-aware and do not communicate well, things devolve into a power struggle of whose needs are more important and whose are not being met, and you simply can’t resolve that without either.” ― Billy Flynn

The Direct Impact of Video games on ...