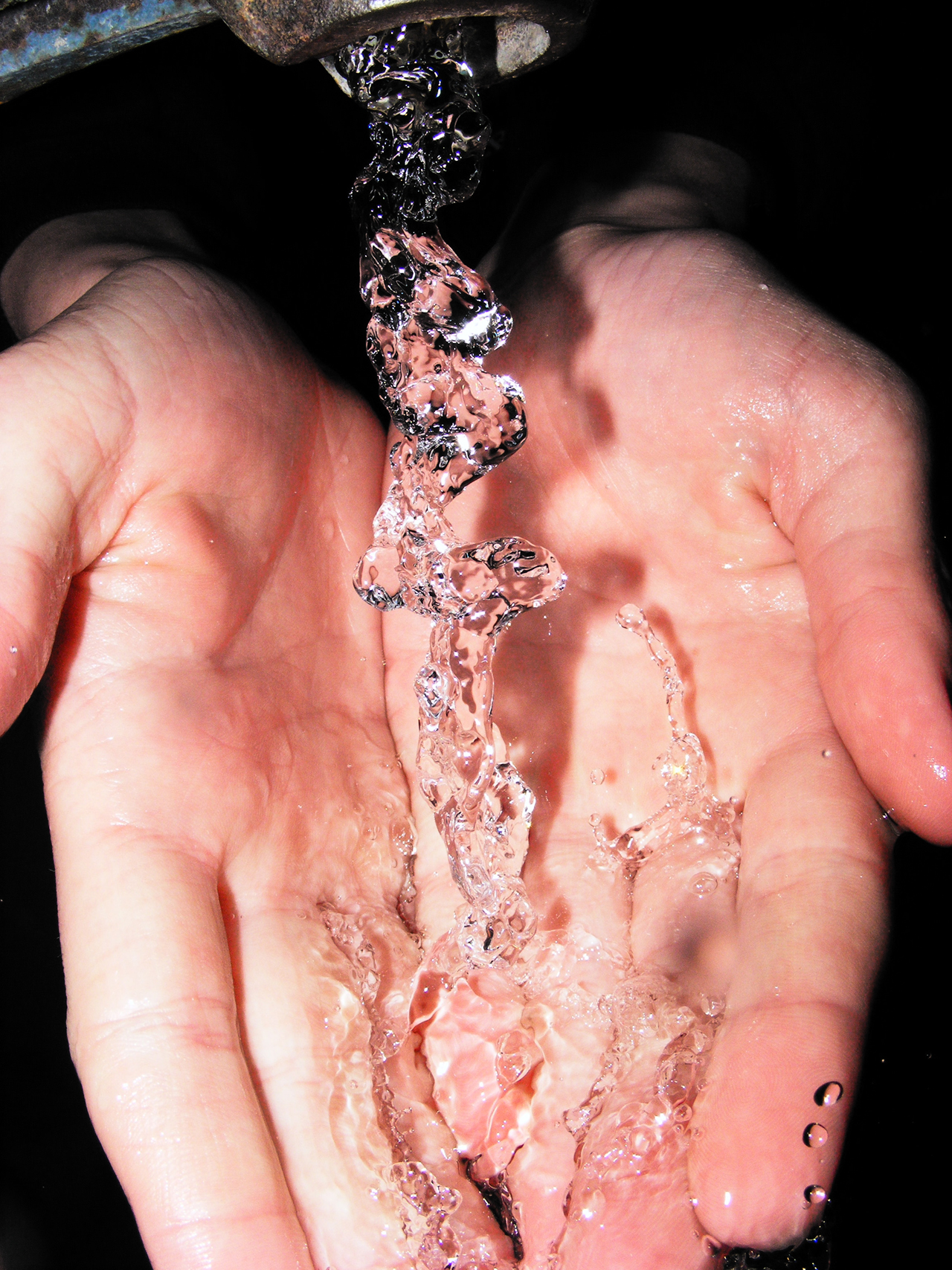 “He who has health has hope, and he who has hope has everything.” – Arabian Proverb

Wikipedia defines scrupulosity as a psychological disorder “characterized by pathological guilt about moral or religious issues. It is personally distressing, objectively dysfunctional, and often accompanied by significant impairment in social functioning”.

Religious practice and devotion are not necessarily the cause of scrupulosity.  Scrupulosity is considered a form of Obsessive-Compulsive Disorder (OCD).  OCD can occur in different forms. There are a variety of different types of obsessions and compulsions. The nature of intensity of these symptoms may vary over time. In some cases, aggressive, sexual and religious obsessions can occur together in the same individual.

The obsessions in OCD are the recurrent thoughts or impulses that make an individual anxious (such as the fear of germs in public places making one sick). Despite an individual’s efforts to control and suppress the obsessive thoughts, the obsessions persist.  The thoughts often feel intrusive and disturbing despite the individual’s awareness of the thoughts being produced in their own mind. Obsessions can include fear of harming someone, becoming contaminated, and/or doing something embarrassing.

Compulsions, however, are repetitive behaviors or mental acts the person feels driven to perform.  These acts are often with ritualistic rigidity aimed to prevent the anxiety connected with the obsessions. These actions may include the urge to wash, count, check, or repeat phrases to oneself.

OCD appears to be a biologically based disorder with severe psychological consequences. According to the OCD foundation about 1 in 100 adults – or between 2 to 3 million adults in the United States have OCD.  The OCD foundation also estimates at least 1 in 200 – or 500,000 – kids and teens that have OCD in the United States.  OCD statistics is assumed that up to 2.5 percent of the world population is affected obsessive-compulsive disorder. Some compulsive symptoms are detected in approximately eight percent of population.

People suffering from OCD also end up suffering from depression, a lack of self-esteem and self confidence, very weak willpower, relationship problems, and social withdrawal.

How Scrupulosity differs from devout faith and practice

According to the hadith “Abu Huraira (may God be pleased with him) reported the Prophet (peace be upon him) said: “The religion of Islam is easy, and whoever makes the religion a rigour, it will overpower him. So, follow a middle course (in worship); if you can’t do this, do something near to it and give glad tidings and seek help (of Allah) in the morning and at dusk and some part of the night” [al Bukhari].  Scrupulosity is when the individual is overpowered by their devotion and practice of their faith.  The scrupulous individual will focus excessively on a few specific rules and rituals while neglecting other aspects of the religion. It often involves mistakenly thinking that innocent or unavoidable things are sin and so feeling needlessly guilty.  When scrupulosity turns to obsessive thoughts, it can generate upsetting, uncontrollable blasphemous thoughts or images about God, or exalting the devil.

Just as some people with OCD feel compelled to keep checking locks or washing their hands, others might feel compelled to obsess over blasphemous thoughts that they hate or to keep doubting their salvation. Due to the doubting nature of scrupulosity, it has been also been called “pathological doubt”.  OCD sufferers will take a simple act of locking a door, switching off the oven, or seeking Allah’s forgiveness, and then worry abnormally over whether they did it correctly. They feel driven to keep seeking assurance far beyond what is rational.

Scrupulosity is considered a hidden disease due to the fact that it can fill people with such false guilt that many are unlikely to admit to it, while others have no idea that they have an unhealthy sense of guilt and so suppose there is nothing wrong with them.

In Islam, such unwanted thoughts are called wasawis (plural of waswasah), which are whispered into the minds and hearts of people by Shaitan (Satan). These wasawis play a significant role in many mental disorders that involve anxiety and cognitive distortions.  Although wasawis can affect individuals regardless of age, sex, faith, or creed, the nature, content, severity, and influence of these thoughts varies in individuals.  For some, they only cause mild anxiety and worry, while others are more severely affected to the point of becoming spiritually, mentally, emotionally, psychologically, and socially paralyzed. Recurring thoughts about catching germs, being unclean, and questioning one’s faith appear to be the most common form of OCD amongst Muslim men and women but those suffering from scrupulosity, the unwanted thoughts tend to be more debilitating.

In the process of wasawis, Shaitan doesn’t care about the thoughts and doubts he sets buzzing around in our heads. Shaitan knows we will not be judged for the thoughts he has implanted in our heads because they are his thoughts, not ours. It is an impossible task to stop unwanted thoughts from coming in our minds.  While we are busy battling unwanted thoughts from our mind, Shaitan accomplishes his goal of distracting us from the essential teachings of Islam.  The goal of every Muslim should be to strengthen our faith and connection to Allah and not waste time avoiding certain thoughts or feelings.

Shaitan will try and distract us from his real schemes and instead focuses our attention on past sins instead of present forgiveness. Shaitan will also try and trick us into becoming so preoccupied with needlessly worrying about dishonoring God with words that we do not even mean, that we don’t notice that we are dishonoring God by not believing the extent of His love and forgiveness, even towards those of us who feel certain we are the worst sinners ever to walk this planet.  No matter how terrible the words or images that invade our mind are, we are not “sinning”.  Shaitan will also try and entice us to fear Quranic verses that apply only to people who until their dying day stubbornly refuse to repent from their deliberate sin/backsliding and refuse to seek forgiveness. Shaitan’s hope is that we become so alarmed by the few words in the verses that do not apply to us that we lose sight of the enormous number of joyous verses that do apply – those promising salvation to everyone who repents and believes in Allah and His messenger.  Shaitan’s dirty trick is to put despicable thoughts in our mind and then blame us or Allah for it.  Allah isn’t fooled into blaming us for Shaitan’s trickery and we shouldn’t be fooled either.  Just like we can’t stop Shaitan from being Shaitan, we can’t stop thoughts of temptation from popping into our thoughts.  All we can do is stop ourselves from being deceived by the thoughts.

All in all, Obsessive Compulsive Disorder is an anxiety disorder. It is fear/anxiety that keeps us hounded by doubts, guilt feelings or unwanted thoughts that keep repeating in our minds. It is the very nature of deceiving spirits to foster and exploit fear for their evil purposes, and their highest goal is to fool us into losing faith in our religion.

Like other forms of OCD, scrupulosity responds to medication and cognitive-behavioral therapy (CBT). About 60%–80% of patients show some degree of response to treatment. The neurotransmitter serotonin appears to be involved in the pathology of OCD.  Medications that boost the level of serotonin in the brain such as SSRI’s (e.g. clomipramine, fluoxetine, sertraline, paroxetine, fluvoxamine, and citalopram) are the most effective in treating OCD.

Cognitive-Behavioral therapy (CBT), specifically Exposure and Response Prevention (ERP) has been successfully used for the treatment of OCD. ERP focuses on the fact that compulsions provide only a temporary reduction of the anxiety produced by obsessions. The only way to experience more permanent relief is to habituate (get used to) the anxiety caused by the obsession, without performing the compulsion. The key factor of ERP is habituation. While this type of therapy typically causes some short-term anxiety, this facilitates long-term reduction in obsessive and compulsive symptoms. Facing the negative, unwanted thoughts will create anxiety.  It is highly unpleasant, but they must disregard their fears in order to benefit from treatment.  Facing their anxiety is an unavoidably unpleasant experience, but they must continually force themselves to stay close to God, even though their fears of rejection and divine displeasure are immense.  As the person with scrupulosity begins to face his/her fears, he/she may experience a temporary increase in anxiety but with continued support and medication, the anxiety will decrease and symptoms will improve

When overwhelmed by unwanted thoughts:

It is often useful for mental health practioners and religious leaders to work together in raising awareness and educating the community about Scrupulosity. The religious leader can help the community members distinguish legitimate concerns about faith and guilt from stereotyped religious obsessions. If an individual is compulsively repeating a ritual until it is perfect, the Imams may need to give individuals special permission to perform a ritual in a less than perfect manner. This can lead to freedom from excessive guilt and stereotyped religious obsessions. Ultimately, the individual is freed to experience a richer life in his or her family and faith community.

The Beast in the Mirror: Overcoming ...

The “Parentification” Trap: Dangers of An Enmeshed ...