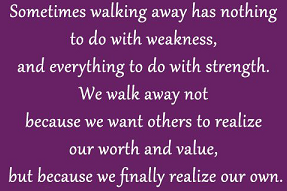 Do you have a “friend” whom you’re always trying to avoid? Do you send their calls to voice mail and hope they don’t call back? Does being around them for longer than a few minutes make you feel uncomfortable, anxious, or uneasy?  Do you feel they bring you down most of the time you’re with them?  If you’ve said yes to any of the above, then you most likely have a “toxic” friend.

Florence Isaacs, author of Toxic Friends/True Friends says, “A friendship is between two peers…there has to be balance in a friendship for it to be healthy — not one person whose needs get met and another whose needs are overlooked.” She further explains that a toxic friendship is unsupportive, draining, unrewarding, stifling, unsatisfying, and often unequal.

The Prophet Muhammad (peace be upon him) said, “The example of a good companion and a bad companion is like that of the seller of musk, and the one who blows the blacksmith’s bellows (respectively). So as for the seller of musk then either he will grant you some, or you buy some from him, or at least you enjoy a pleasant smell from him. As for the one who blows the blacksmith’s bellows then either he will burn your clothes or you will get an offensive smell from him.”~Al-Bukhari & Al-Muslim

The toxic friend, like the one who blows the blacksmith’s bellows, does more harm than good.  The list below can help you better identify whether or not someone you know is a toxic friend:

This is just a partial list of some of the attributes a toxic friend may possess.  If you know someone that has any of the qualities above it’s time to re-evaluate whether or not you want to continue the relationship.

According to Charles Figley, PhD, professor and director of the Psychological Stress Research Program at Florida State University, “One of the characteristics of a toxic friendship is that the good friend feels she/he can’t extricate herself/himself from the relationship…whether it’s on the phone, in person, or from the friendship entirely, you feel like you are trapped, you’re being taken advantage of and you can’t resolve the problem one way or another.”

If you’re ready to move out of a toxic relationship, consider the following points:

1) Face Your Fears: Realize that when it comes to stopping something that’s detrimental to your health, emotional well-being and spiritual state, there is absolutely nothing to be afraid of.  By putting your foot down and confronting your friend you are taking charge of your life and resuming the power to choose who you surround yourself with. You should feel empowered by that prospect, not afraid.

2) Stop Being an Enabler: You may think that your friend’s problems are his/her own and that you share no blame for them. The truth however is that you are enabling them by allowing their toxic behavior in the first place. The Prophet Muhammad (peace be upon him) said: “Help your brother whether he is a wrong-doer or is wronged. A man inquired: ‘O Messenger of God, I may help him when he is wronged, but how can I help him when he is a wrong-doer?

“The Prophet (peace be upon him) said “You can prevent him from wrong-doing. That will be your help to him”~Al-Bukhari & Al-Muslim

3) Re-Build or Reset:  If your friend acknowledges his/her mistakes and wants to start over then you should be the bigger person and allow for that to happen.  Everyone deserves a second chance and perhaps your confronting them was just what they needed to make a change.  About forgiveness the Qur’an says, “The believers are naught else than brothers. Therefore make peace between your brethren and observe your duty to God that happily you may obtain mercy” (49:10). If, however, you receive opposition or argumentation, then it’s time to walk away and reset your list of friends. And certainly never allow for things to revert to how they were lest you become a toxic person yourself.

The Prophet Muhammad (peace be upon him) said: “A person is likely to follow the faith of his friend, so look whom you befriend.”~Abu Dawud & Al-Tirmidhi

My First Ramadan: Week One