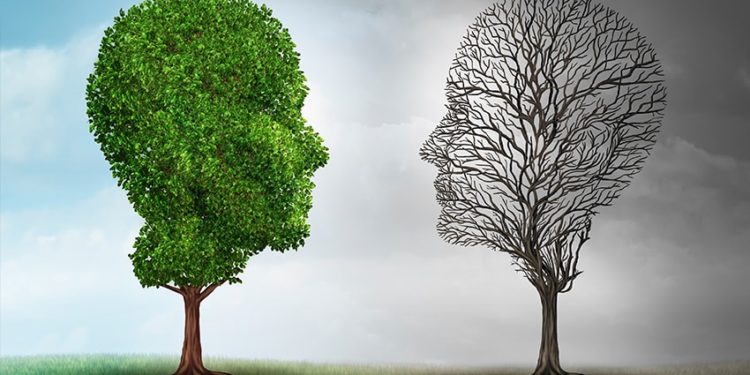 “Bipolar disorder can be a great teacher. It’s a challenge, but it can set you up to be able to do almost anything else in your life.” ~ Carrie Fisher

You could have hit me upside my head a 1000 times and I would have been unaware of it all. My mind was detached from consciousness leaving my body unable to function. I could not eat on my own, walk on my own and I was verbally unresponsive. I was comatose and for a month’s time I have no memories of my own. You might be wondering what could cause such a state? A severe case of Bipolar Disorder. There is a dark angle to this story yet I must share it with you, and when the story is finished I pray you will be enlightened.

At the age of fourteen, my future was bright. I was a straight A student, a well-liked president of my class and a participant in a plethora of after-school activities. I was confident, determined and, in my mind, headed straight to Harvard in four years. Allah had different plans for me. Sophomore year, I had to leave private school and transfer to a public school that was three times the size of my precious former school. I was unprepared for how it would, by design, chew me up and spit me out.   I was ostracized at my new school. I was the “know it all” black girl who came from an uppity private school and I was not received well. I tried to fit in, but was unable to fit into a place that was not made to fit me. I was swallowed up by the rejection of my peers. I found myself very alone in a state of cultural shock. I didn’t have any friends and would spend the majority of the school day talking to no one. I quickly became depressed and things spiraled out of control.

In order to cope, I started acting out. I found a home in the “bad crowd”. I started skipping school, doing drugs, stealing and lying incessantly. I experienced many sleepless nights and my thoughts would race in an uncontrollable battle. I didn’t want to keep doing the things I was doing; the things I knew Allah didn’t want me to do, but I couldn’t stop. I was a tortured soul. I didn’t know the erratic state I was experiencing had a name. It was Mania. The state of mind that accompanies the Depression found in the Bipolar illness. My parents thought something was wrong with me and sent me to the therapist, but it was useless. I was so confused and couldn’t voice the currents of inner turmoil that were afflicting me. It was a turmoil I saw eating away at my soul; a turmoil no one else could see.

Towards the end of my breakdown period, I started running away habitually. The last time I ran away the police became involved and I had to go to court. In court, I declared that I wanted to divorce my family and live as a ward of the state in foster care. My parents were disgusted with me, but they had no idea how disgusted I was by me. I wanted to leave my family because I felt like I didn’t deserve their love. So in the end they let me go to teach me a lesson. I regrettably went.

I stayed in foster care for about a month . It wasn’t the worst of places or the best of places. In my tortured state, I would cry to go home every day and when I arrived home I felt like the lesson was learned.   I felt like I could miraculously do better this time, but once again Allah had different plans for me. In no time, I experienced scary hallucinations. I would see animals (snakes and alligators) in me and feel them move in serpent like patterns. My parents told me I was talking about being dead and in Hell along with the hallucinations for about two weeks before my mind and body shut down.   In the hospital, it took the doctors some time to reach a proper diagnosis. In the early nineties, hallucinations with Bipolar Disorder were very rare. The comatose state troubled the doctors as well. They had never seen a case so severe in a person so young.   They pumped my body with thirty pills a day in order to bring me out of the comatose state. I stayed on thirty pills for about five years too long. I was overmedicated and the medications had devastating side effects that worsened with time. I suffered from hair loss, 100 pound weight gain, hand tremors and eye seizures; returning to life was just the beginning…

Despite everything, I always knew I came back for a reason, Allah’s reason. I experienced my darkest days to share the promise of light given to us every day.   I never forgot Allah and his promise to us all. His promise that with every difficulty there is relief ( Qu’ran Sura 94), and He gives us no burden greater than what our hearts can bear (Qur‘an Sura 2). Today, I am no longer on thirty pills. I am a mother of a beautiful four year old, a graduate of Mount Holyoke College, and an author, Al-Hamdulillah. My memoir, She Smiles and Cries, utilizes poetry and prose to highlight my teenage breakdown and critical aspects of recovery. I have shared my journey with mental illness to inspire others. I pray all who reads this article will feel inspired.

Inshirah Aleem was born and raised in Springfield, Massachusetts. She currently resides in Gaithersburg, Maryland. Inshirah has been writing since childhood. Poetry and prose have carried her through dark times. At the age of 15, she was diagnosed with a severe form of Bipolar Disorder. She writes to educate, inspire and challenge the stigma attached to mental illness. She is a spokeswoman for NAMI (National Alliance on Mental Illness),”In Our Own Voice”, which is a program that provides a platform for individuals with mental illness to share their stories and educate people about mental illness.  Please visit her website www.inshirahaleem.com and purchase her book to learn more about her journey. Nearly twenty years post-diagnosis, she has acquired a true appreciation for life and the humility to embrace her journey. She has been courageous in attaining high academic achievements and pursuing loving, stable family relationships.

When Love is Not Enough: Reassessing Marriage ...